Another celebrity on the list of those having expensive cars on their garages is Simon Cowell, the reality talent show judge famous for his blunt criticisms of contestants. As it turned out, he’s also known for his penchant for expensive cars. Among the cars in his collection are the Ferrari 360, F430, and Ferrari California. He also has several Rolls Royce cars like the Phantom and the classic Rolls Royce Silver Cloud III. He also owns a Bentley Continental GT, Jaguar XK120, Jaguar F Type Coupe, and Jaguar E Type Series 2. Cowell also recently treated himself to a new Lamborghini Urus which reportedly can be bought for US$200,000. Among his favorites is the Bugatti Veyron. Having a base price tag of USS$1.5 million, it’s one of the most expensive cars ever owned by Simon Cowell. 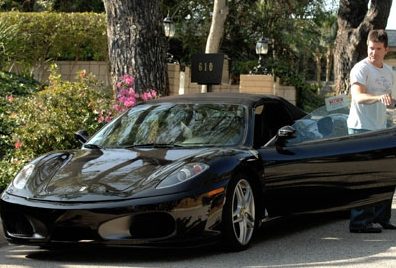