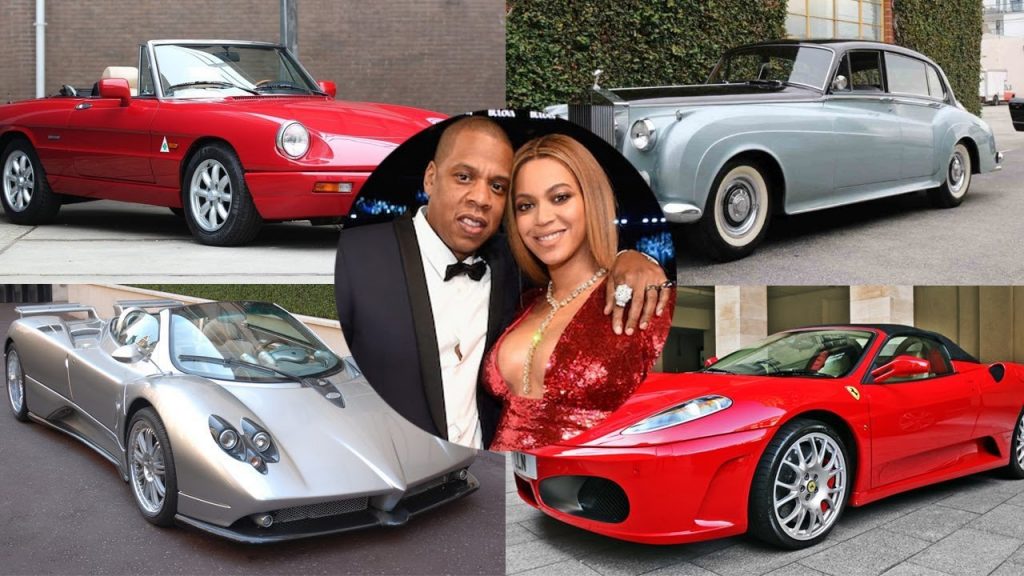 Famous American rapper, songwriter, entrepreneur and record producer Shawn Corel Carter, popularly known as Jay Z is at the top of the list of celebrities with expensive cars. He is the proud owner of a personalized Maybach Exelero which he reportedly bought for a whooping US$8 million. Aside from being the flashiest luxury cars today, it is also one of the fastest with a top speed of 218 mph. Jay Z also owns a customized Bugatti Veyron Grand Sport that his wife Beyonce bought for him at US$ 2 million as a birthday present. The master rapper also owns a Pagani Zonda F, Rolls-Royce Phantom, Ferrari F430 Spider, Porsche 911 Carrera Cabriolet, Bentley Continental GT, Tesla Model S, Mercedes-Benz S-Class, and many more. His wife, Beyonce, also has her own sets of expensive car collection which include several Ferraris, Rolls Royces, and Mercedes Benzes.

So there you have it, the top ten famous celebrities with expensive toys resting in their garages. All of their cars combined could perhaps amount to more than a hundred million dollars. Jay Leno’s car collection alone can reportedly reach US$50 million while namesake Jay Z’s is around US$15million. If you notice, half of the celebrities on this list are rappers. Don’t you wish you know how to expertly rap too? Another thing to note is that almost all of them own Ferraris, Mercedes Benzes, Lamborghinis, and Rolls Royces. Aside from the wonderful features and looks that these cars have, they’re status symbols that perfectly fit the prestige of these celebrities.