The Lamborghini brand name was pretty famous in the automobile world but one car really skyrocketed the company’s fame and that was Lamborghini’s Gallardo. The Gallardo was so well received by the masses that it became one of the company’s best-selling models. Its unmistakable shape was revolutionary at the time of its release. The car looked sporty from the get-go and it performed as such.

Exterior wise the Gallardo looked remarkable. It had an elongated hood but that was not because of the engine. The motor rested in the middle of the car. But the well-designed front fascia was perfect in terms of aerodynamics. The strategically placed front air vents provided sufficient air to the air intake system making the car go faster. The rear of the car consisted of quad exhausts, a novelty at the time, and very oddly designed taillights. However, in no way, the car looked bad. I’d still take the Gallardo over any other Lamborghini sportscar.

The interior of the Lamborghini Gallardo was minimal, as it is expected from a supercar. There is not much focus on the aspect of luxury but otherwise, the interior is complete with all the latest amenities you could expect from a car of that time. 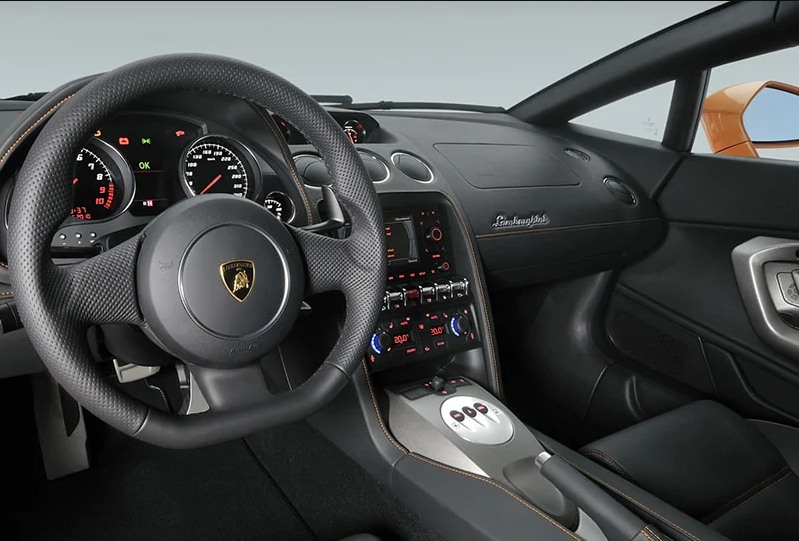 The engine is where the whole excitement is. The Gallardo came with a sweet sounding 5.2-liter V10 engine that could destroy the road with its 542 hp and 398 lb-ft of torque. So, if you are looking to feel the true essence of Lamborghini, renting a Lamborghini Gallardo is where it is at.  In Los Angeles there are many amazing and scenic drives to experience in a Lambo.