Jerry Seinfeld is love-struck with a German car

If Nicolas Cage has a long-standing love affair with Italian cars, comedian Jerry Seinfeld is love-struck with a German car. Of his 10-car strong collection, 8 of those were Porsches and 1 is a Volkswagen.  The remaining 1 is a Fiat. One of his most prized possessions is a Porsche 959, which is one of the rarest classic supercars models that are still in tiptop condition today. The famous comedian and TV actor reportedly bought the 959 at an auction for around US$700,000. His other Porsches include a 1955 Porsche 550 RS which has an estimated value of US$60,000-US$3 million and 1973 Porsche 911 Carrera RS with costs around US$500,000-$1.4 million. He also has a 1964 Porsche 911 which he bought at US$400,000 and had it restored by Cavaglieri Restorations for about US$250,000. Anyone could have purchased a couple of regular family cars with the restoration cost alone. 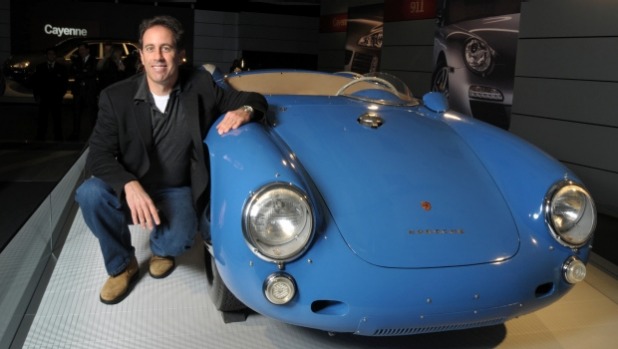